Published: 1/18/2021 Last updated: 1/18/2021
Density converter is a web app thanks to which you can easily and quickly calculate one density unit to another. How does it work? When does it come in useful? Read the article and know the answers.
Table of contents:

But before we move on to the practical use of our density converter, we want to focus on a theory. Our whole article concerns density, so we want to explain to you a few basic information about it. We promise, it won’t take long, so have a look at what we have prepared for you.

You may not realize it, but the density is all around you. For instance, two essential to life things – water and air – have their own density. Of course, such examples can be multiplied infinitely, but we are sure that these two are enough at this moment. Why? We think that these two examples are the clearest and showing you perfectly, that the density is such a thing which cannot be missed.

Even though the density is the term used worldwide, you can encounter a little problem with it. What are we talking about? We are talking about the units, it means units of density. There is more than only one density unit, so sometimes it can be a little bit problematic. In such cases the density conversion will be necessary.

The density converter can convert any number – from very small, even with many decimal places, to very high. Regardless of the number which you want to convert, your accurate result will always be shown in a flash. How is it possible? How does our density converter work? Answers to these questions (and not only) you will find down below, in the next part of this text. So keep reading to know more about our density converter.

Density Converter – what is it and how it works

The main secret is the software of our density converter. We have tested many similar apps, then we have prepared our software. Of course, we have tested it many times before we gave it for your use. Creating the density converter was a long process, but the final result is definitely worth the effort.

Besides the software, the key to success are also formulas. They are contained in the special algorithm of our software. Thanks to these formulas our density converter is able to convert any unit of density which you need. It is also a guarantor of the accuracy of the results. And, thanks to this, you do not have to remember any formula on your own. You have to admit that is a very convenient solution.

Could it have been easier and quicker? We don’t think so. So now it is time for an example. Let’s see our density converter in practice.

We mentioned before the air and water as examples of density from everyday life. So let’s try to convert one of them with the use of our density converter. Do you know what the density of air is? Basically, the density of air is defined as 1.2 kg/m3 at sea level. For instance, let’s calculate it from kg/m3 to lb/ft3.

As you can see, the result has many decimal places. Calculating it on your own could be difficult and take so long. With our density converter, you can calculate any number totally effortless and in less than a second.

Density Converter – when does it come in useful too?

The density of air is only one of many examples when the density converter will come in useful. So when can you also use our online calculator? It will be the perfect tool for every conversion of water density. Why?

One of them is definitely the kg/m3. The density of water kg/m3 is given mostly when it comes to the bigger body of water, like a lake.

The second of the most commonly used units when it comes to the density of water is the g/cm3. When can you see the water density g/cm3? It is used mostly to measure water, which has low mass and low volume.

And the last unit which we want to mention is the g/ml. The density of water g/ml is also given when it comes to water with lower mass and volume, like in the case g/cm3.

Now you know everything you need to convert the density of different things, for instance water or air. So what are you waiting for? Try out our density converter and see for yourself how density conversion with a proper tool can be easy. 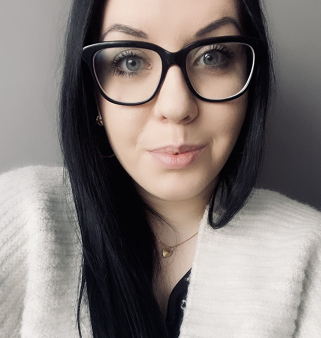